The Florida Pyrotechnic Artists Guild held there 25th Fall festival they call 4F the first week in November. I heard they had been building shells and planning for almost two years for the event and a “who’s who” of fireworking folks were going to attend. PGI members were welcome, so I made the long drive over to Okeechobee, FL and was well rewarded.

It was held on the L-Cross Ranch west of Lake Okeechobee. The grounds were primitive, so RVers were on gensets and some were in tents. I stayed at a hotel about 20 minutes away, half of that was the packed sand road getting out of the ranch. It was flat and open when palm trees dotting the landscape. Rainfall is adequate such that there was virtually no fire danger other than the mowed grass in a few places.

There was a class C vendor there selling plenty of goodies for great prices. Also, there were chemicals and tooling available to those working in the build area.

On Friday night Dominator pulled out all the stops with a really great show that was well choreographed. They really are making some quality products. The cleanup crew tossed all the spent Dominator cakes into a roll off that was being used as a shield for the large mortars. That thing caught fire during open shooting, so the VFD rolled their truck down there dodging random items shooting out of the dumpster, but they got it out pretty quickly.

The main show was Saturday. Several of the FPAG members had been to Tultepec, Mexico in recent years, so the Saturday night show had a Mexican themed portion in addition to Italian/Maltese and Chinese/Japanese themed parts.

For the Mexican section they had built a large Tultepec bull with a gator head on it. There was an 80 foot castle tower with multiple 20 foot diameter lance wheels and a rotating crown that launched 3 foot girandolas. Several of us helped tie motors to sticks for a flight of 800 or more cohette rockets with salute headers.

There was a large Catalan Mascletà with several hundred hanging salutes that went on for 4 or 5 minutes.

The show included hundreds of club made and donated homemade shells and comets. They were not fired to music, but rather singly or in groups that allowed one to appreciate the effect. The large shells included multi-petal Japanese style shells, ghost shells, multi-break Italian and Maltese shells. There were only a few failures out of hundreds of shells launched. One bottom shot hit the ground and another broke really low.

Since I’ve started making fireworks there have been several people I’ve wanted to meet in person due to their experience and or influence in the hobby. Mike Swisher, Lloyd Sponenburgh, and Robert Winokur all made time for individual conversations. I heard David Bleser was present, but unfortunately we did not cross paths. The Veverka brothers were there recording video, so likely you’ll see some of it on Passfire, The Series.

There must have been several hundred folks attending, and I was glad to see some other PAT members there. Johnny and Linda Poore, Carl and Sharon Hagar, and Chris Roth brought his son Matt. Much thanks to Johnny and Linda for a couple of great meals.

I liked the FPAG club’s discipline and team attitude. There were a few times when they called a ceasefire, and there were no violations or complaints. There was an enormous amount of work setting up the show. FPAG and guests alike were pitching in to match shells, erect set pieces, place racks, and all the other things that make a good event work. I really enjoyed the whole experience.

Great breakdown of the event, thanks for posting @Brent ! Any pictures perhaps?

Sure wish I had time to attend 4F.

I have a few pictures of the set up if I can figure how to post them here. I’ll need to shrink them first, I think. I don’t have any of the displays, but there are some really good vidoes on YouTube. Here is a good video of some Italian and Maltese style shells.

Here are a couple of the castillo tower prep. 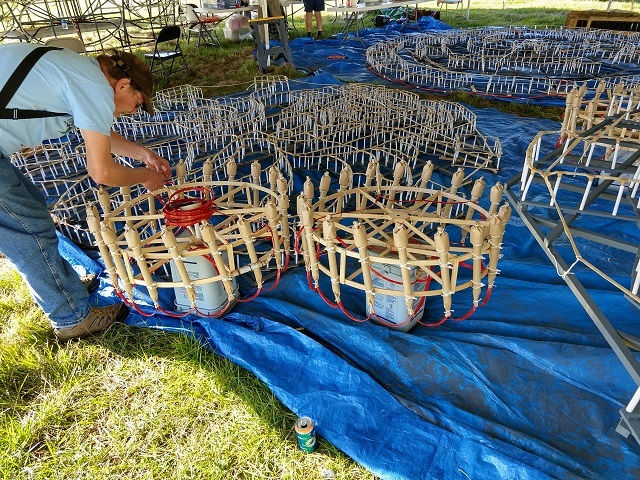 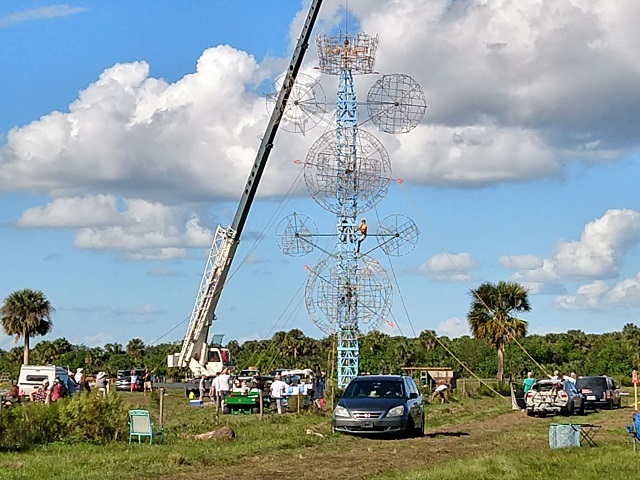